Some fact about Ronja

Ronja is a classic brown tabby with silky smooth fur, epic whiskers and black and pink paws. She was found on the streets in April 2015 and was taken to a shelter. The vet there quickly concluded that she was deaf, without finding an explanation as to why. They estimated she was born around November 2014. She was in the shelter for two weeks before we adopted her.

Ronja is a very easy-going cat who is not really afraid of anything. When we adopted her she had no trouble adapting to her new home and strangers don't bother her at all. She will gladly walk all over guests and perhaps she will settle down on their lap to take a bath or steal their food. We call her "the bulldozer" because she really doesn't care who or what she walks over. She is very beautiful, but not always graceful. At first she wasn't a big fan of cuddles and hardly ever purred. But today she loves to be the little spoon and will purr away when you pet her.

Food! Glorious food! Ronja loves to eat and she enjoys a lot of human food too. She will eat dairy products such as milk, cream, cheese, cottage cheese, blue cheese, cream fraiche - you name it. But she will also take a bite of a pizza or steal a french fry if she can get away with it. She licks butter and dip if we leave it out and even licks the grease of a used pan. I swear we feed her plenty of cat food and treats, but her favourite food is stolen food. She is always around when someone is in the kitchen and can often charm goodies out of the humans. 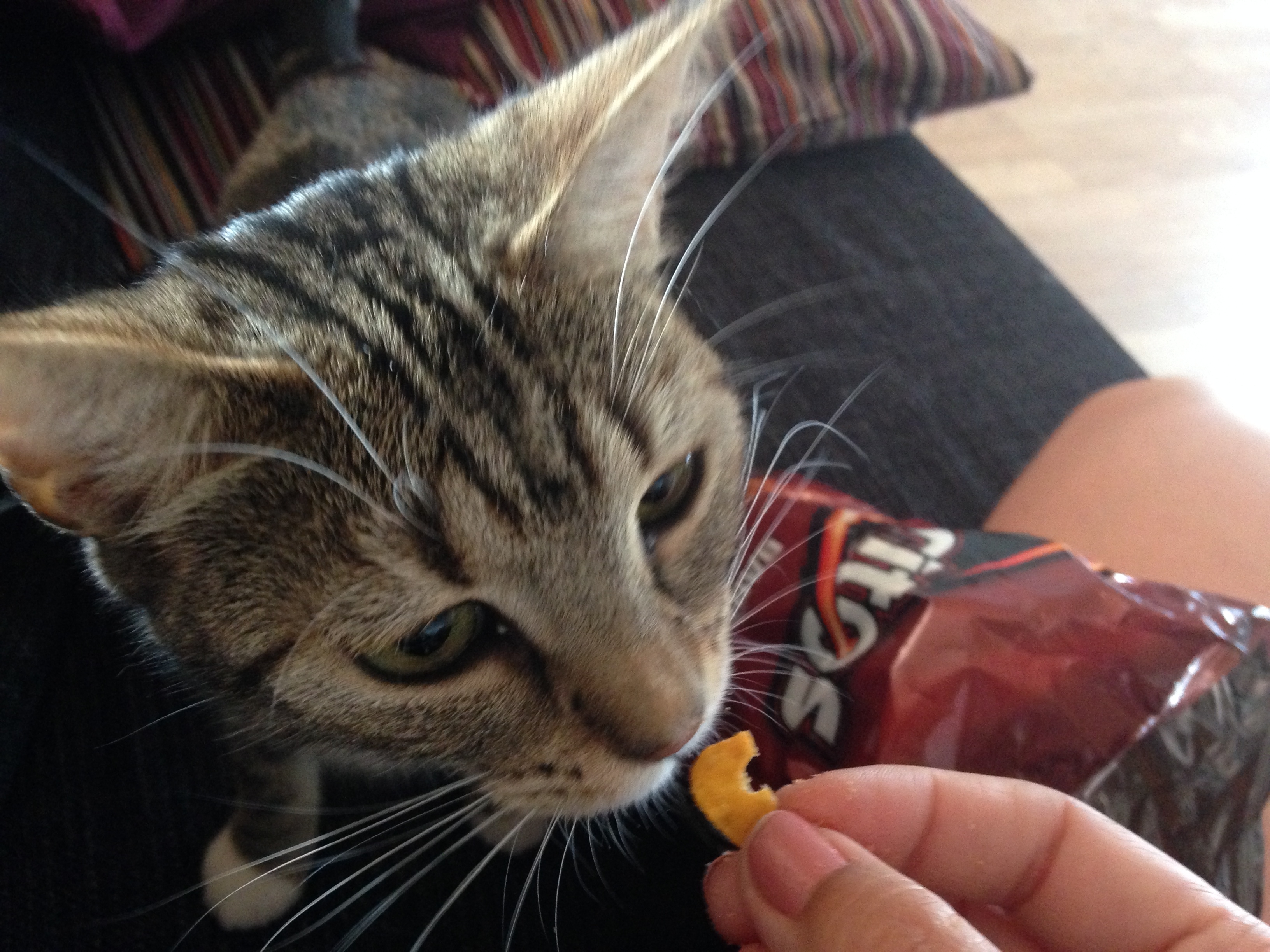 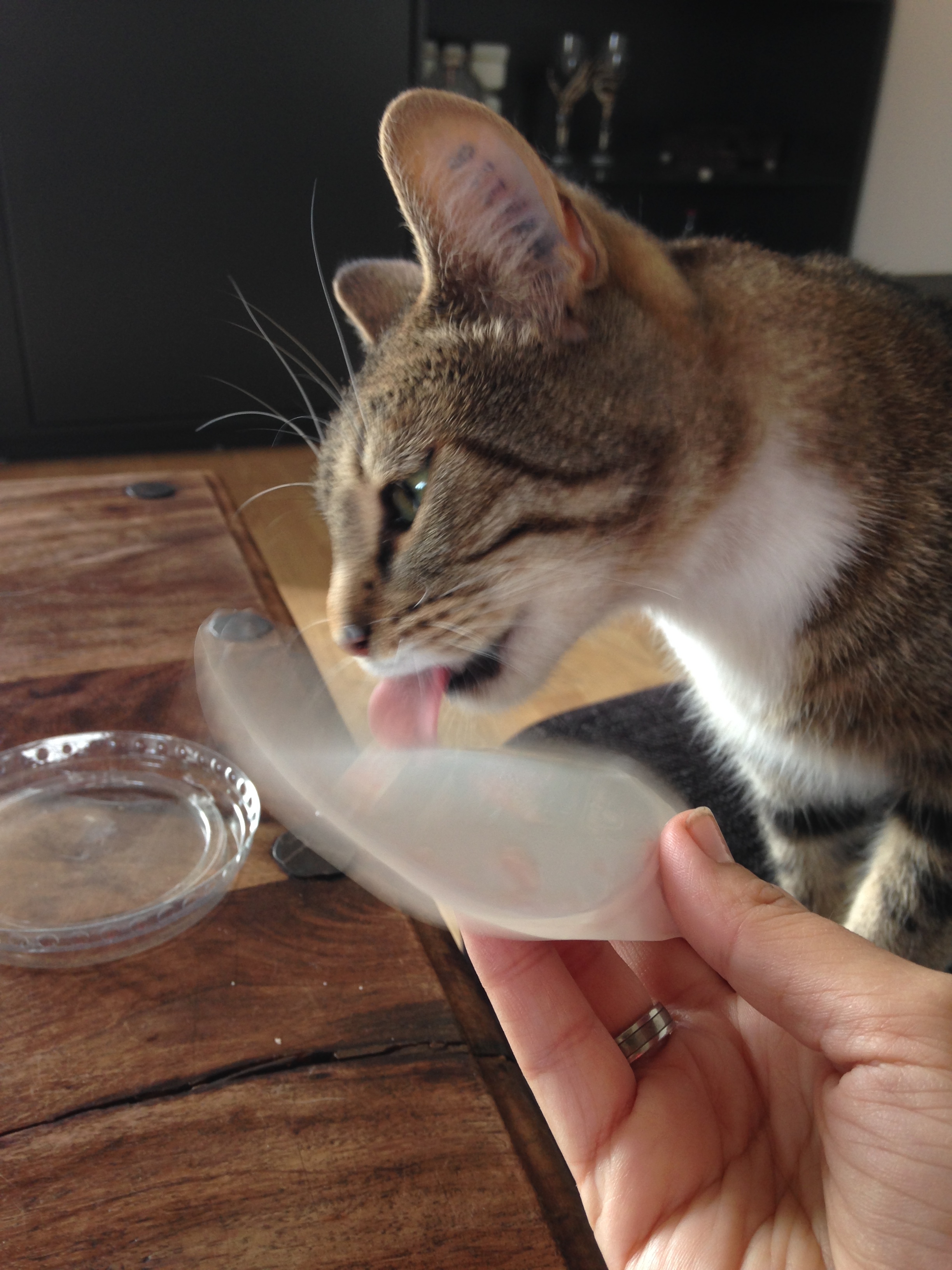 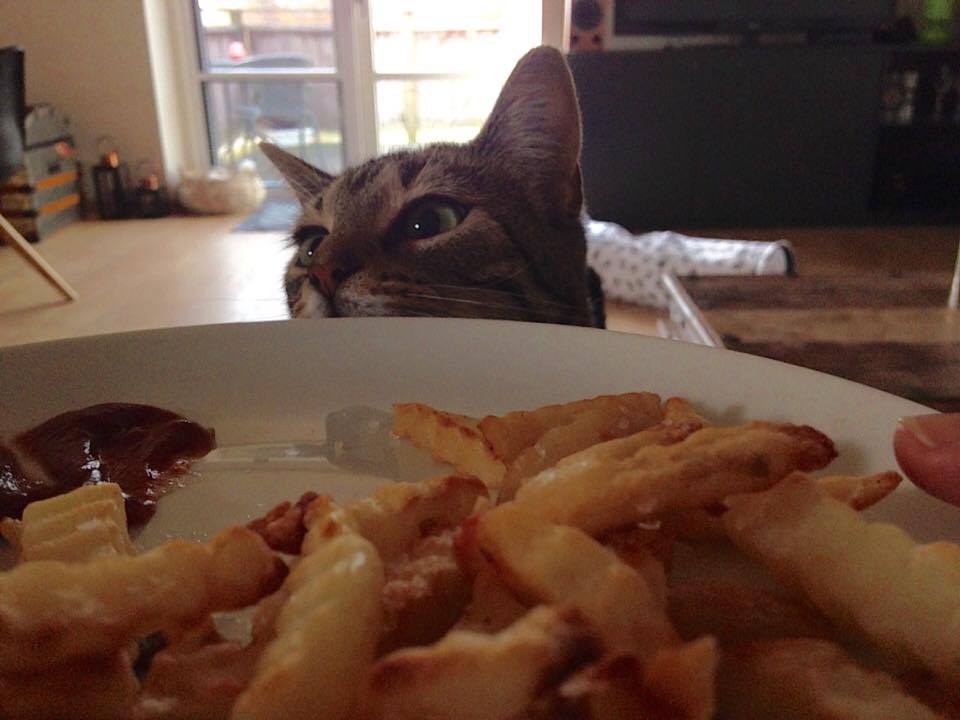 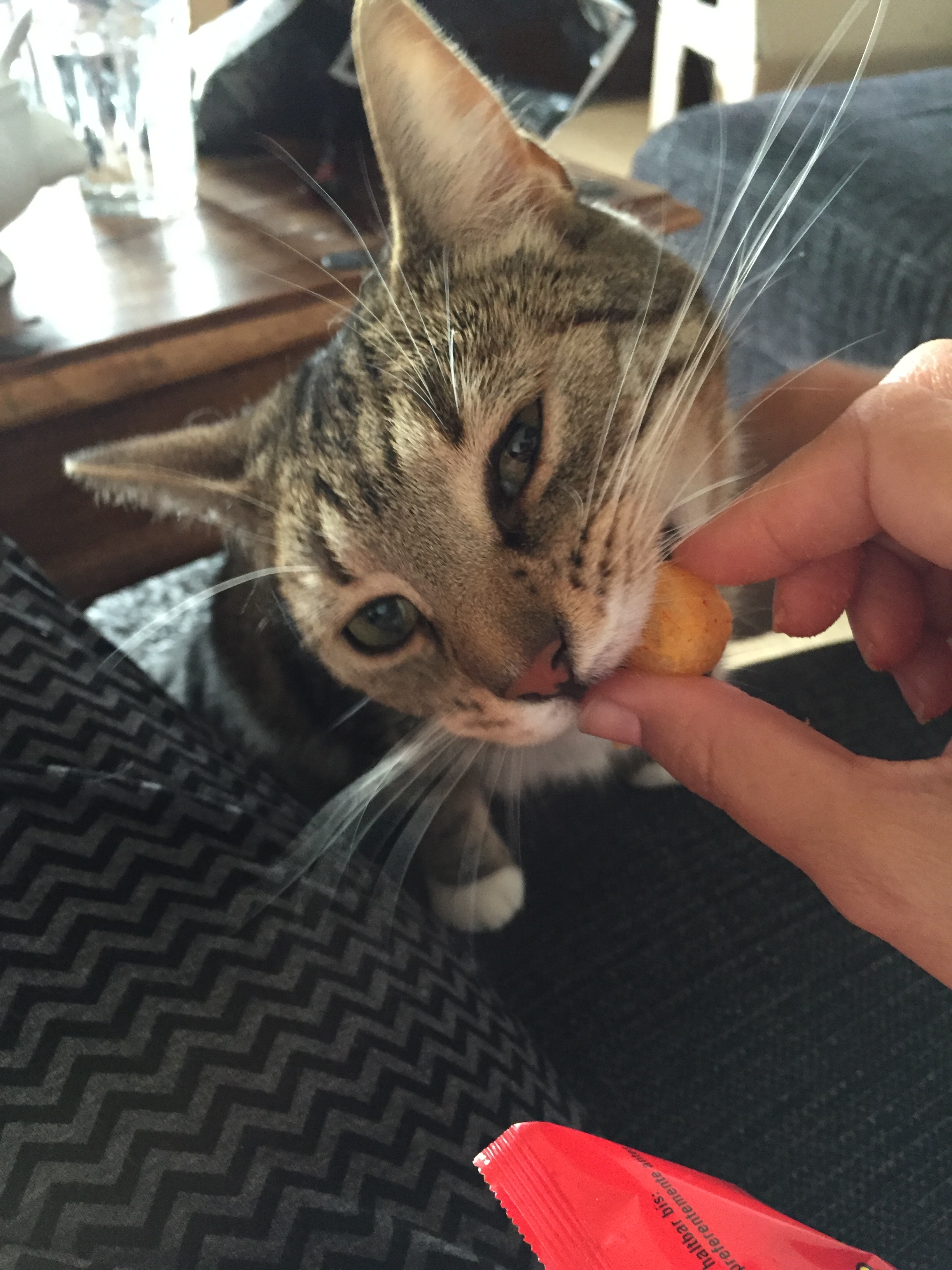 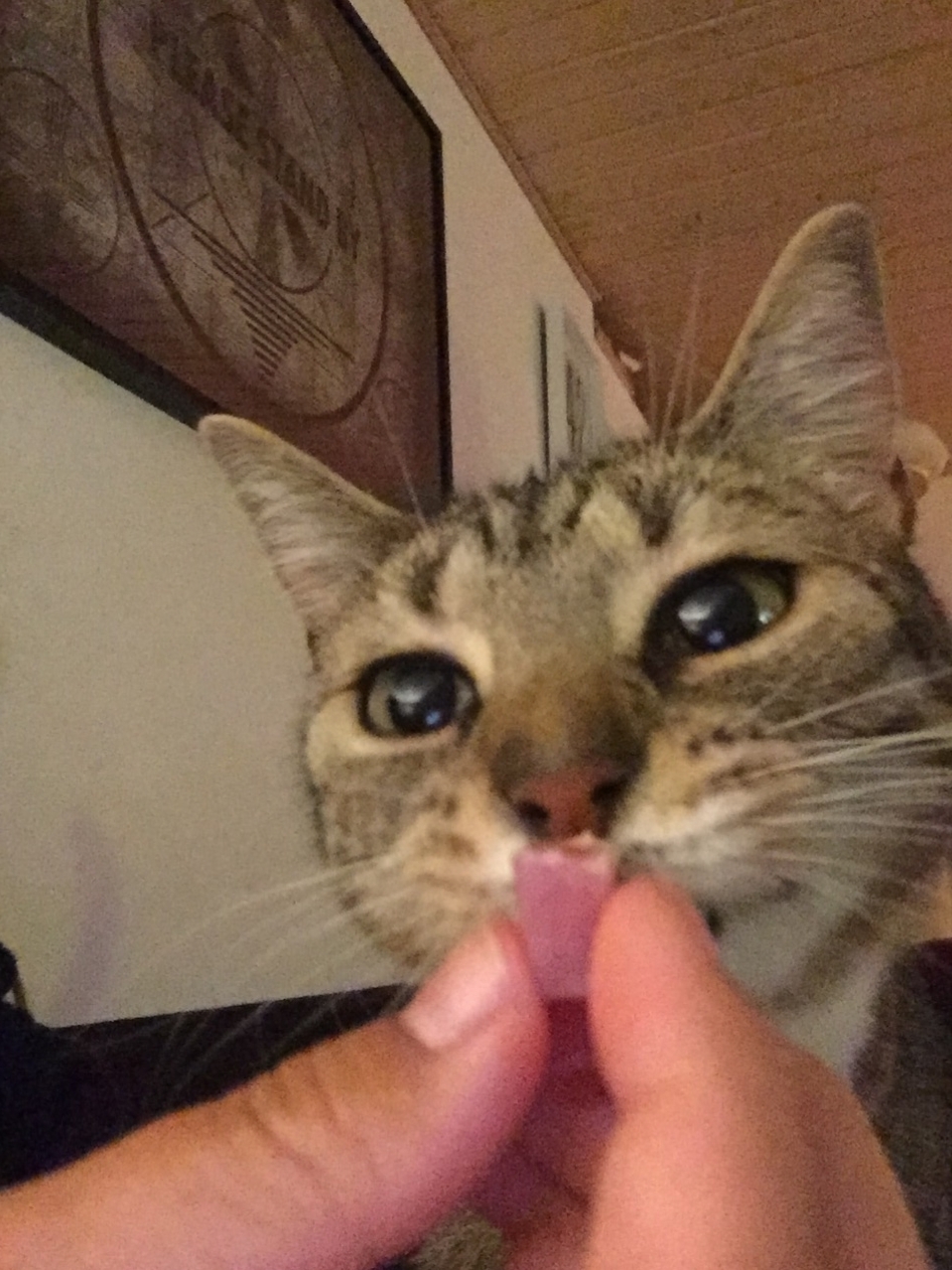 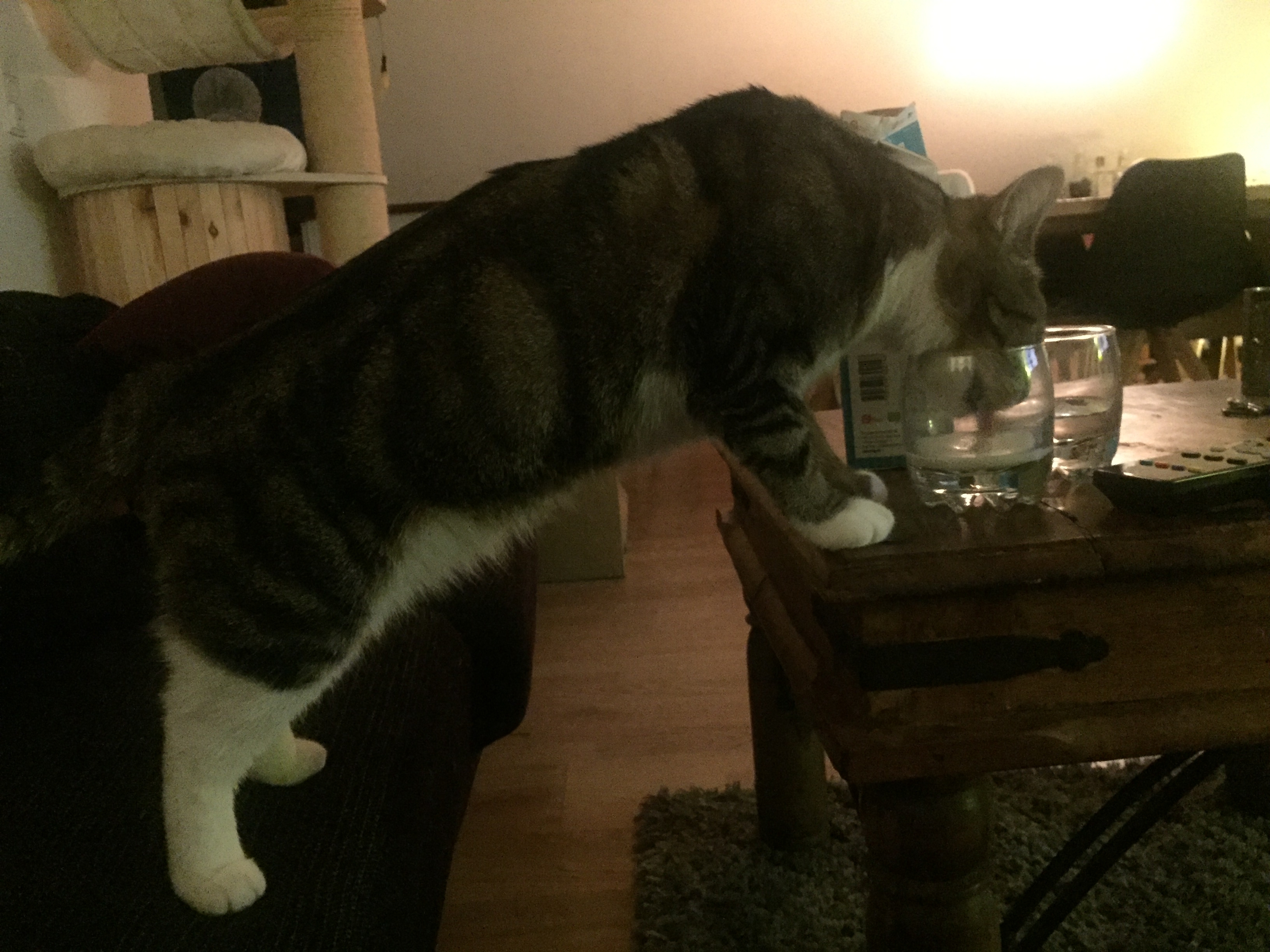 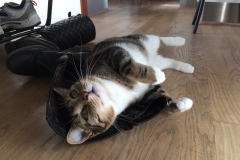 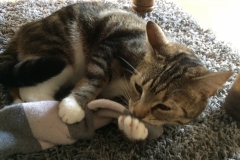 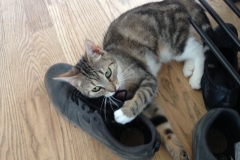 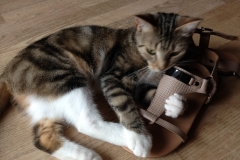 She does not tolerate touching of her ears! Not from humans and not from Victor either. So she tends to put them back as if she was angry, even though she is not. She prefers not to eat the same food every day, so if you serve her the same meal twice, she probably doesn't want it. She will still beg for something else though. So we always need to have a lot of different food in stock and it can be tricky to guess what she wants this time. But you can be sure that she wants something!

Ronja has a lot of funny sounds and can be quite loud at times. Warning: she is also tone-deaf.

Ronja likes to nap in the top of the cat tree, where she knows Victor doesn't go. She also uses her little white basket with the sheep skin in. She enjoys boxes a lot so we have several boxes for her to sleep in around the house. She likes to lie in the one close to the stairs when we are not home. That way she will wake up when we enter the house. When we go to bed at night she usually lies in her bed under the night stand. During night or early morning she will move to the bed next to or on top of humom. 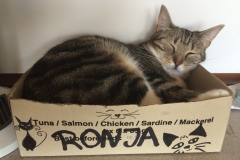 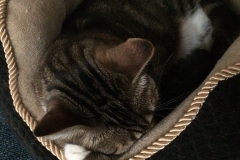 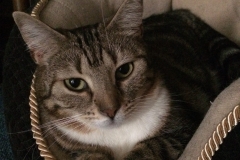 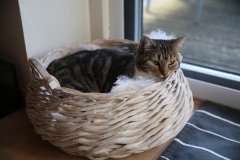 Somebody was knocking over cat bowls and leaving c

When dad gets presents, Victor gets the cellophane